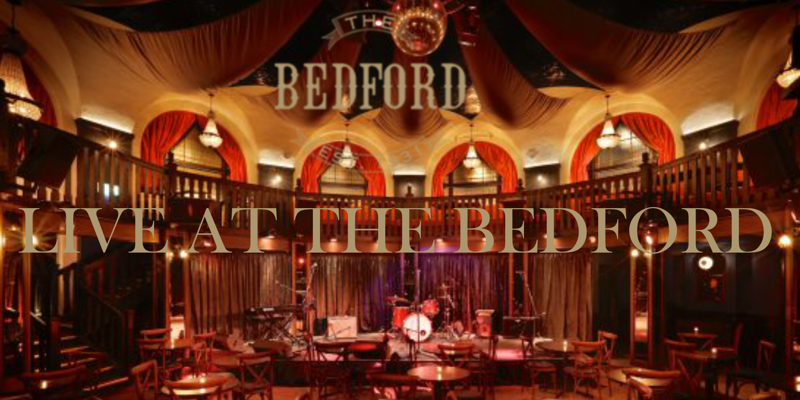 Tonight I am doing a special acoustic performance co-headlining with the amazing iLO - doors at 7pm - free entry but you need an advance ticket.

I am excited to announce that for everyone who comes to this event, you are invited to be part. of a private screening for the short movie I made under lockdown called THE VOODOO VORTEX - you will need to get to the Bedford between 5:45 and 6pm as the film will start at 6:15 precisely and run until 7pm. Full menu available and table service on the night. https://www.eventbrite.co.uk/e/122835691861

”What a voice – sumptuous and sultry at low volume, powerful and beautifully-toned at normal range, with a buzz-saw intensity rasping through when the song demands it” Martin Sharman (TGTF)

Originally from Bulgaria, but based in the UK for the past 10 years, ILONA has had a life that makes her unlike many others. With a rich blend of influences to draw on, combined with her passion for music and the ability to speak 4 languages fluently, she is truly a unique and original performer. Discovered by songwriter/producer Tony Moore (Ex- Cutting Crew/ Iron Maiden) 3 years ago, ILONA has gone from performing her first ever solo gig of 1 song live to headlining festival stages and touring the UK and US. She has supported Newton Faulkner, Gabriella Cilmi, Passenger, Hudson Taylor, The Dunwells, Jillian Jensen (US American Idol), Adam Ant, Jon Allen, Tom Baxter, The Feeling, Paul Rodgers, Willy Mason, Daniel Bedingfield and Miss 600 to name a few, played SXSW in Texas alongside Marcus Foster and Eliza Gilkyson, jammed with Ed Sheeran, and performed at The House of Commons as part of Rock the House. Still an unsigned artist, she won an award for Best Video for her song ‘It’s 1966′ in the Ladylake Independent Music Awards in Florida and entered the Beat 100 Video Charts at number 11 with ‘My Favourite Defeat’, filmed in Paris. ILONA closed BBC London Radio Christmas Special show in 2011, together with US star Sonna Rele. In 2012, ILONA completed a tour of the UK where she played SoundCity in Liverpool, Glasnost Fest in Wales, headlined the Bedford stage at GoNorth in Scotland, opened Folkfest 2012 and played shows in the Channel Islands, California and Norway. Her debut E.P. ‘My favoruite defeat’ followed in September, released through MiniMajor Music and Absolute via Universal. During the Olympic Games 2012, ILONA was invited to perform for Team USA at Oakley Safehouse and as a result her song ‘ALL SHE’LL EVER NEED’ has been included in SupaJam’s Safehouse Sessions album. In November 2012, ILONA performed alongside Nik Kershaw at The Union Chapel for Childline Rocks Charity. Her second single LOVE IS STUPID was released on May 13th 2013, received extensive airplay in the UK and made the national playlist on SubTV for 2 weeks (1.75 million viewers weekly). She played festival stages at Beachbreak Live, Cornbury, Soundcity Liverpool, GoNorth Scotland, Tunbridge Wells Mela and Southend Festival, and headlined Chislehurst Rocks. 4 of her songs are currently featured on the national playlist for Caffe Nero in the UK., where she has performed exclusively for Caffe Nero Head Offices, and for new initiative Penny for London.

As an ambassador for Childline Rocks, she is to play more shows supporting the charity in 2015. She played her debut headline show in 2014 to great reviews and a packed venue at the STABLES Milton Keynes in the UK, and added a fifth member to her live band, on lead guitar.

ILONA made her debut TV performance last year at International Festival in Valletta, Malta broadcast on TVM, where she won an award for her live performance of original track ‘Love’s like a loaded gun’ presented to her by WAFA.

She released her second EP ‘Thunderstorm’ together with her next single ‘Back to You’ on May 18th 2014 via Absolute Ltd/ miniMAJOR Music which reached number 2 for 2 weeks on the iTunes charts in her native Bulgaria. She received great media interest in Bulgaria, national radio play and TV exposure, and played the sold out DISCOVERY Festival there in May. BNT tv then featured an interview on ILONA's career so far naming her 'The first Bulgarian rock artist breaking through in the UK'. She then returned to the UK and was invited to play the SONY Unlimited Stage at BST Hyde Park supporting Tom Jones, followed by Tony and Guy's Annual Charity gala, and another headline show at The Cuckoo Club in London. In August 2014, ILONA flew to the US to write and perform, and played at legendary NYC venue Rockwood Music Hall.

Others have likened her voice to Shania Twain, Karen Carpenter, and even Sheryl Crow, but ILONA also has something very special all of her own. A unique tone, a natural sense of dynamics and the ability to sing a lyric, tell a story and make people know she means it. 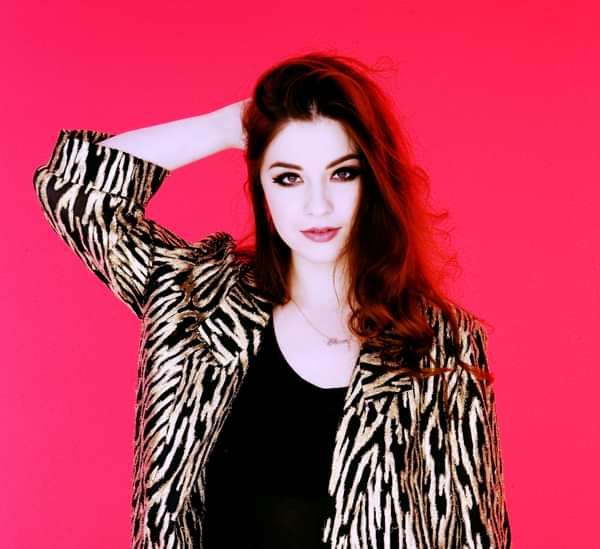