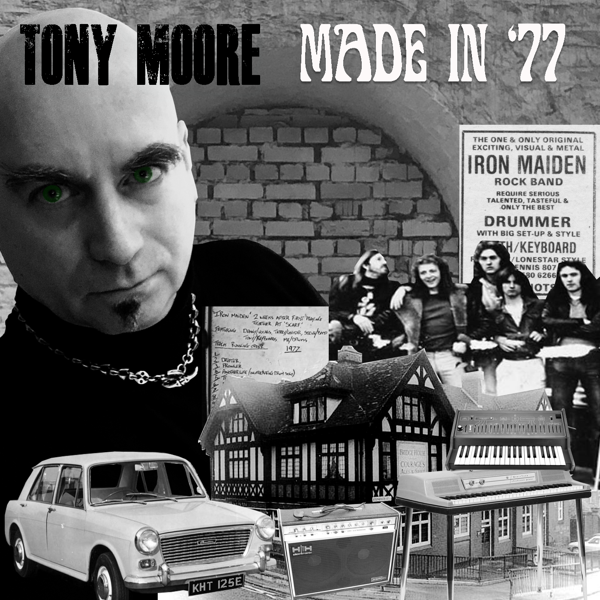 Download for free by joining the mailing list to receive news and offers from Tony Moore. You can unsubscribe at any time. We’ll also ask you to confirm your location in order to help with future event planning. For more details see the privacy policy.

This service is provided by Music Glue. By submitting this form you agree to the terms and conditions

In 1977 Tony Moore answered an advert in the Melody Maker from a band called Iron Maiden that were looking for a Synth/Keyboard player - He drove from his home town of Bristol to do an audition and, after being offered the position, he made the move to London. Despite leaving the band before they signed a deal and became successful, that decision changed his life and launched his musical career. That moment in time changed his life for ever and he was "Made in 77", a play on words of "Maiden 77" the way the lineup he was part of is usually referred to.